– – Where you can see the rare bird,’Toki’ (Japanese crested ibis) in the one-inch distance! Do you know ‘Toki’? Many people don’t know what it is. Because Toki is almost extinct, rare cute species lives only in the limited area in Japan and China. Toki bird has beautiful wings. Since ancient times, they use for the religious ceremony in Japan.

In Sado Island you can see Toki, but difficult to see open nature. Because they are very nervous and keep the distance from the human being. However, there is the very limited number only.

In the ‘Toki Forest Park’ in Sado Island, I could get the chance to see it only in the one-inch distance and learned about this crested ibis conservation. Several varieties of ibises are kept in the conservation center of the park. The park has a big arrangement on Toki breeding to restore its wild again. 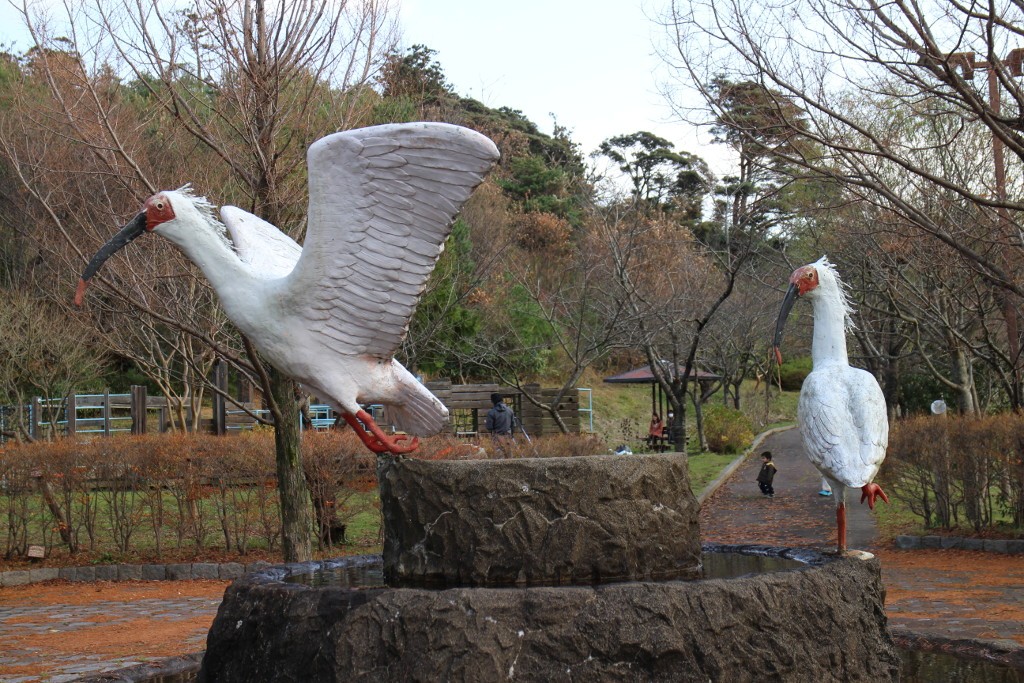 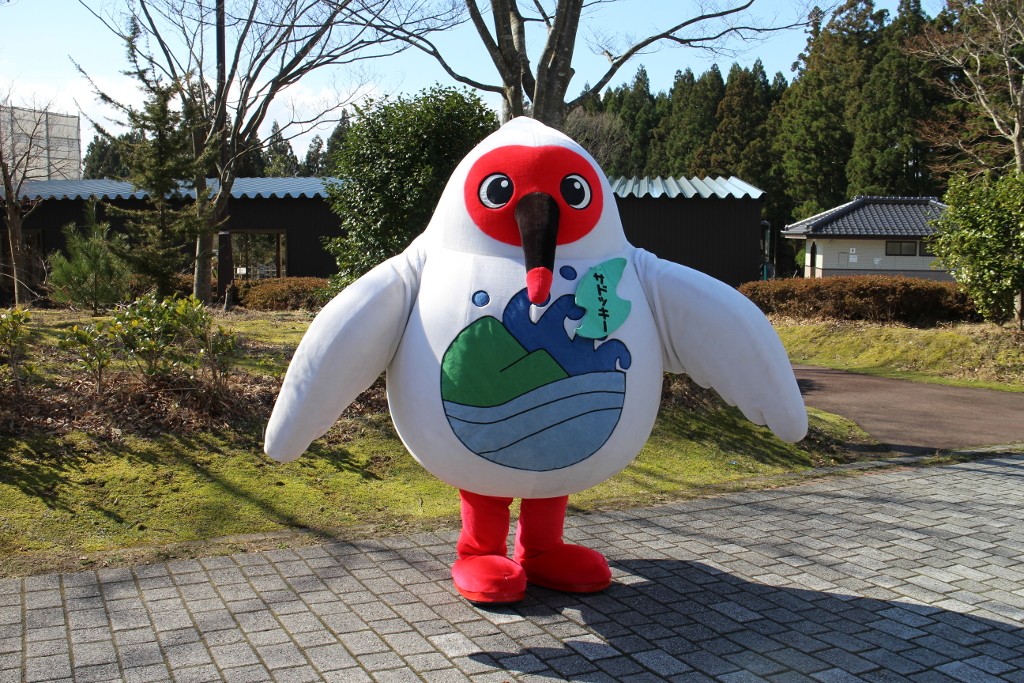 Inside Toki Forest Park, there are 2 buildings. One is ‘Toki Fureai Plaza’ (Toki Rapport Plaza) and another is ‘Toki Exhibition Hall’.

In the “Toki Fureai Plaza’, you can enjoy watching, however, can what Toki is doing. Sometimes their body become black in the breeding season. They like to eat food inside pond of conservation center.

Toki doesn’t like hotness, so in the daytime, they take rest on the tree, the visitors can see from far. If you go in ‘Toki Forest Park’ situated in Niibo of Sado Island, in early morning or evening time around 4 o’clock, you can see them very closely. 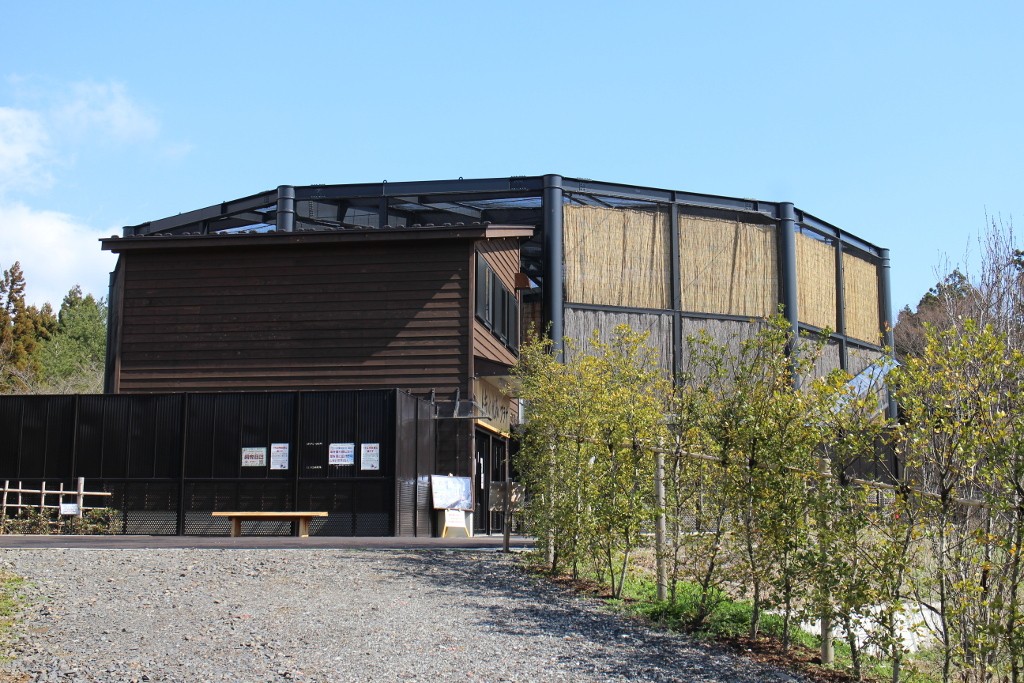 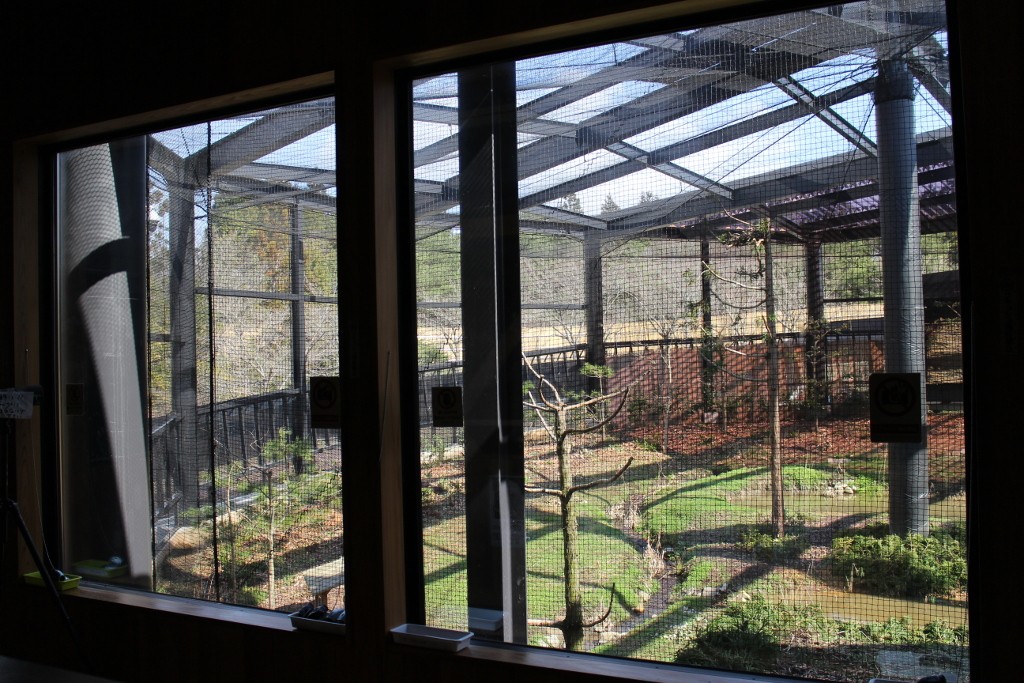 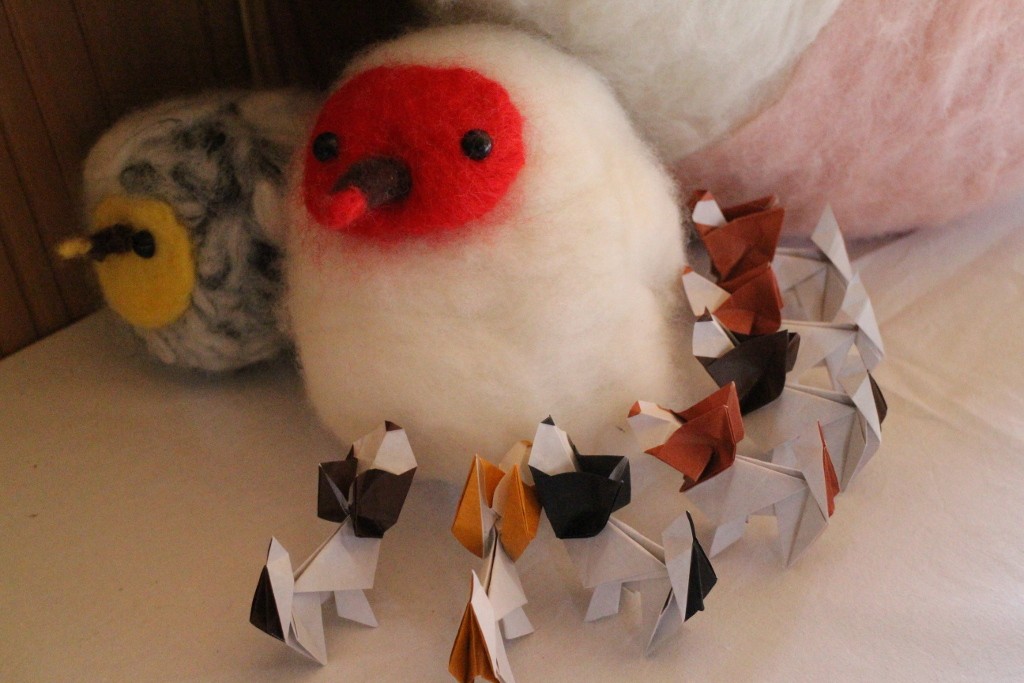 In the ‘Toki Materials Exhibition Hall’, like me, you can study the official scientific information of Toki. You can also watch the documentary with detail information including lifestyle, life circle, and history as well.

On the way to the ‘Toki Exhibition Hall’, there is the the stone monument of ‘Kin’, the last wild Toki in Japan. Kin’s name comes from Mr. Kintaro Uji. Japanese bird watcher, Mr. Kin is the first and last person became the friend of Toki. Generally, Toki does not come close to human being, but Mr. Kin could hold the ‘Kin’, and made the deep relationship at that time. One day Government officer ordered Mr.Kin to capture ‘Kin’ for the protection of species.Mr.Kin decided to betray ‘Kin’ and hand over’Kin’ to the government. But later he regret it.

The Toki was a wild bird in Sado Island until, the late 19th century, but quickly decreased for overhunting, food crisis, deforestation however for chemicals-fertilizers use in agriculture since Meiji Period.

The last few Toki who lived on Sado Island were captured for breeding in 1981 that ultimately failed. In 2003 the last Japanese native bird ‘Kin’ died. A new breeding program where successfully start with Chinese bird. Since then a number of Toki bred at the Convention Center and the number is increasing, but slowly. Sado Convention Center and the Wilderness Return Center decided to return Toki in nature again in 2007. Presently there are only 27 Toki in the wild in Japan, however, 100 birds live in ‘Convention Center’ of ‘Toki Forest Park’.

To entered in the ‘Toki Forest Park’ need to pay ‘Cooperation fee’ \400 per person, which is \100 for children. The ‘cooperation fee’ goes to the ‘Sado Toki Environment Maintenance Fund’ which use for returning Toki to nature.

In 1960 Toki was listed as an internationally protected species. It was believed from the world expect Japan, Toki (Nipponia Nippon) species extinct! But 12 specimens were found in China on 1981. ‘Toki Forest Park’ and ‘Sado Japanese Ibis Conservation Center’ efforts make hope to back the birds again in wild.

In the ‘Toki Materials Exhibition Hall’ I get experiences to check the weight and size of real Toki from the model bird. I saw the replica of egg in the hall as well. 75 centimeters (29.5 inches) is the standard size of a Toki bird. The head and legs of Toki are red, however, in the head has a crown of red or white feathers. Toki related many materials I could saw in the show-cases of Exhibition Hall.

Sado people’s love to Toki added a great value. The farmers of Sado now don’t use chemical pesticide and fertilizer in crop-field which is harmful to Toki’s life.

During you visit, please follow the guide from park staffs. If Toki surprise with your big sound or light, it will be painful for them, Sometimes they die by the crash in the wall during flying with afraid.

Hope you will enjoy ‘Toki Tour’ like me in beautiful Sado Island. It is the sixth largest Island in Japan. Have a nice time with Toki in ‘Toki-no-Koien’.