Hello everyone! For this article let’s go to Ajiro Bay Festival at Atami, Shizuoka Prefecture. Fire up the summer night with Ajiro’s citizens!

Ajiro means wickerwork in Japanese. You can go there by JR Ito Line.It is a small town located 3 station from Atami. It was my first time went there too! From the train window I could already see the beautiful sparkling sea.

When you go out of the station, there will be a Suijin River. Walk along the river and you will see the sea. From there you turn right and walk straight for another couple of minutes and you will reach the festival venue. I turned left that time so I got a bit lost  (#ﾟﾛﾟ#) Here are some pictures from Ajiro. At the sea, there were people swimming too. I started to feel ‘so this is Japan summer’! 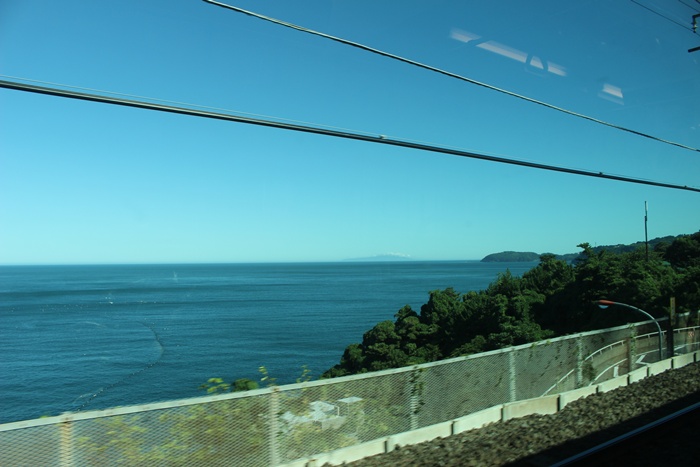 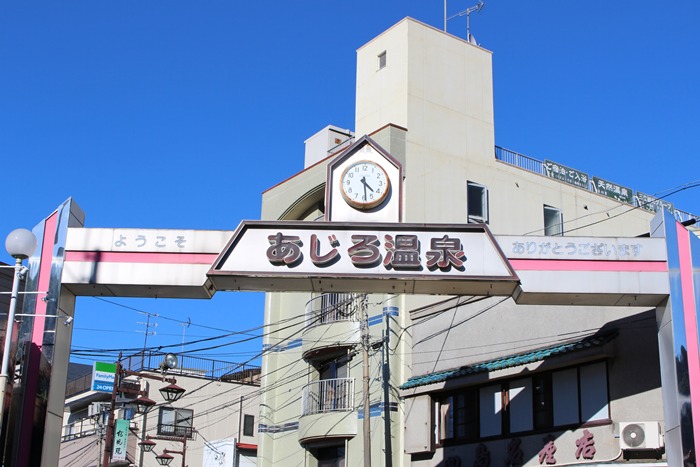 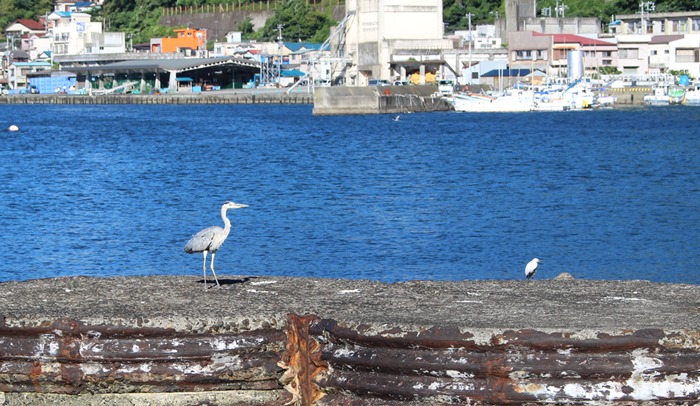 The festival started under the sunlight with the smell of salt water. There were various performance from local school students, guest performer, and taiko (drum) performance.

There were 2 guest performers. The first one was Nia with his crystal ball pantomime and yoyo trick performance. The next one was Miu Mochizuki. She was singing Japanese and English songs. She also sang my favorite summer song “Kimi ga kureta mono”! 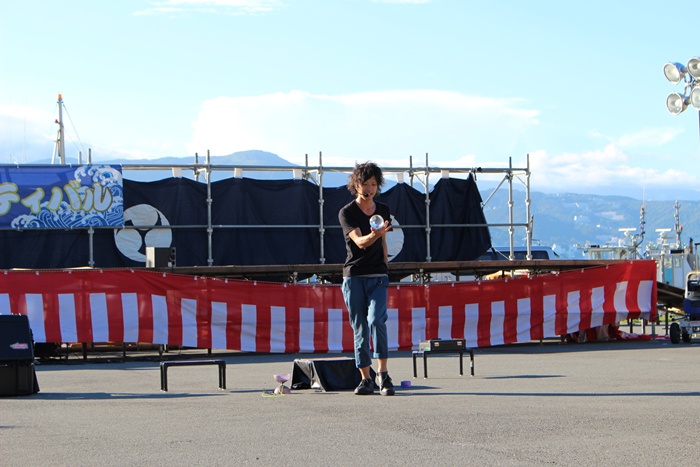 All the people of Ajiro were doing their best to deliver the best performance for families, friends, and audience at the festival venue. Not only playing music, for the elementary students they participated in poster contest and the winner was announced at the Bay Festival. Everyone tried their best to put the festival spirit into their drawing. 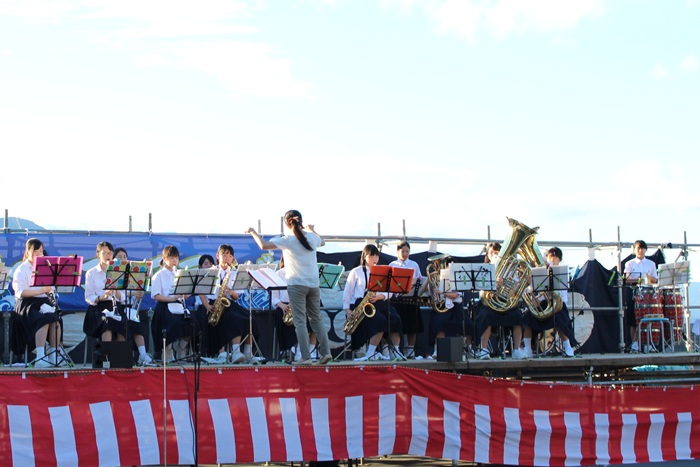 There were various stall at the festival. Okonomiyaki, takoyaki, choco-banana, and many tasty Japanese food vendor. The kids were gathering around ‘sakana-sukui’ stand! It is a goldfish catching game and you can take the goldfish you catch. As the night went, more and more people came. There were many beautiful girls at the Ajiro Bay Festival. Everyone were doing their best wearing cute accessory and came to the festival with their best apparel. Actually, Ajiro Bay Festival (July 21st, 2015) is the last day from Ajiro Matsuri. At July 19th and 20th, the Ajiro Matsuri was held at Ajiko Shrine. That time, there were special dance called ‘Kashima Dance’. Too bad I didn’t get the chance to see it… But if you get a chance you should go see it next year!

At the Bay Festival, the Omikoshi and Dashi were lined around the venue. After all the performances are over around 08.00 p.m., the parade started with omikoshi (portable shrine). It was a different type of folk song with the omikoshi from Matsubara Shrine Procession at Odawara. The peopel who bring the omikoshi swing the omikoshi up and down, up and down. Following the omikoshi, one by one the dashi (big festival car) started to move too. At first all the 5 festival cars form a line and parade together around the streets. Little by little they started to split and go to each own neigborhood. The festival car team took a quick rest at each of their posts. As I followed the parade trough the town, I see all the house at this area were decorated with lantern and shide (some kind of talisman from white paper in zig-zag form, a Shinto tradition). Its shine the night with soft pretty light. The parade still continue! And more fierce this time! After the rest the festival car team started to pull the big festival car again. But this time, the are running across the narrow street!! Σ(゜ロ゜;)

Unfotunately, I couldn’t see the parade until the end. The are not much train stop at Ajiro station so I need to get back earlier. But as a closing for this article, here are the beautiful night scenery from Ajiro. Thank you for reading this article. &hearts; Stay tuned for more articles and let’s meet at next year’s Ajiro Bay Festival!