The Japanese New Year called ‘oshogatsu’ is the most important holiday in Japan. While in Polad christmas decorations are still visible even long after the Christmas, in Japan they are replaced for New Year’s ornaments at 25 December. The most characteristic and common known New Year’s custom is ‘hatsumode’, which means the first Shinto shrine or Buddhist temple visit of the Japanese New Year. 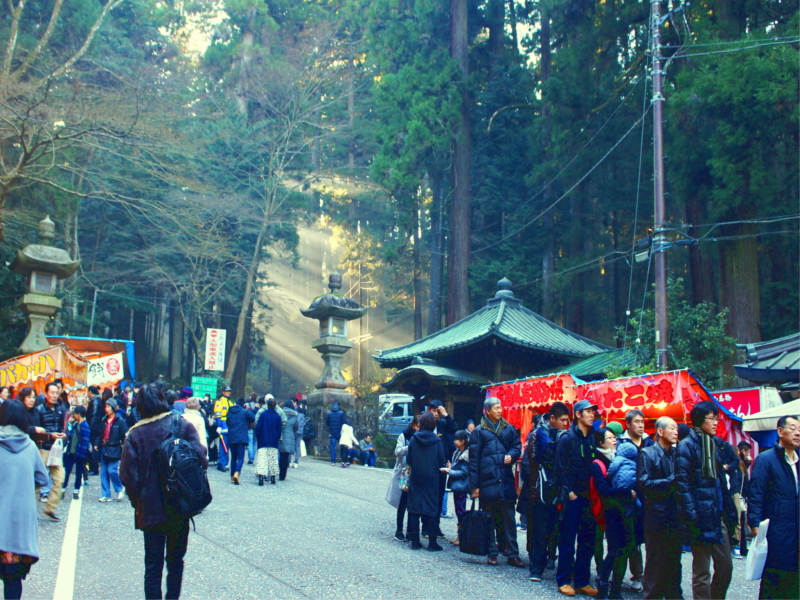 The most common topic appearing in online discussions among Japanese about hatsumode is, where they should exactly go on hatsumode, to Shinto shrine or Buddhist temple? Actually most of Japanese go to shrines, but temple can be visited as well. I visited both of them to compare celebrating Japanese New Year in shrine and temple. Today I’m going to tell you about hatsumode in Daiyuzan Saijoji Temple.
I got to the temple by very crowded bus. At first I wasn’t sure, if I was in the right place, because instead of the temple, I got to to the middle of an old forest. Trees were very thick, high and illuminated by the last rays of the setting sun. When I finally came up the long stairs, I saw many people gathered on the main square before the temple. All off them lined up before stall with omikuji- fortune-telling paper strips. After drawing one stick, where your fortune is written from a box, you are given a piece Great Luck (Daikichi), Luck(Shokichi), Small Luck (Hankichi), or Ill fate (Kyo), with a short explanation added. If you draw lucky lottery, you should keep it as a talisman. If you draw ill fate, you should draw again (once only). If you get a bad fortune again, you are supposed to fold the strip of paper and tie it to a nearby wall of metal wires to get rid of a bad fortune. I don’t really know, if Japanese believe in fortune written on telling paper but they were really excited during drawing and reading their fortune. There are couple of differences between visit in Shinto shrine and Buddhist temple but rules like bowing slightly before entering, walking to the sides, and purifying yourself are the same. The change is, that in case of temple, you burn incense before entry (the scent of incense is food for the Buddha). After, you bow slightly, gently toss a coin into the box in front of you. Then, you ring the bell (if there is one) 2 or 3 times, Bow slightly and pay your respects, putting your hands together but don’t clap like during the visit in a Shinto shrine. On the end, you bow once more. 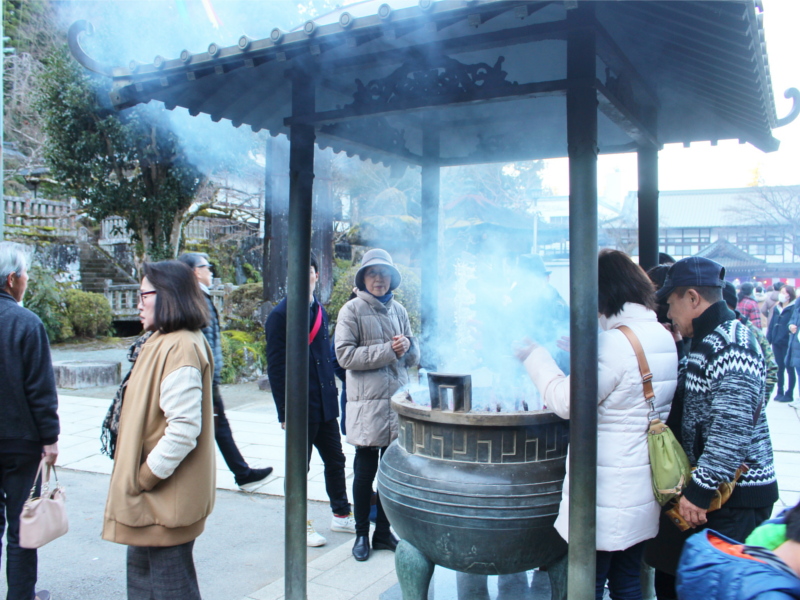 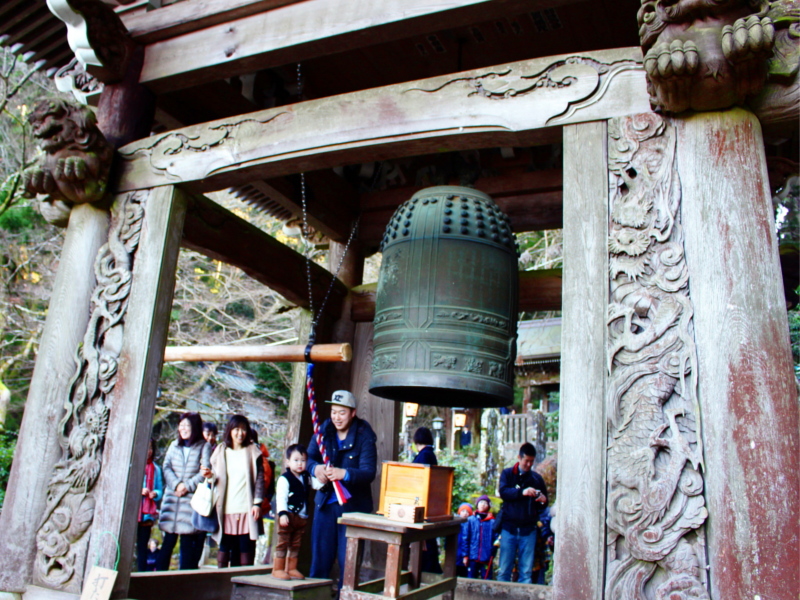 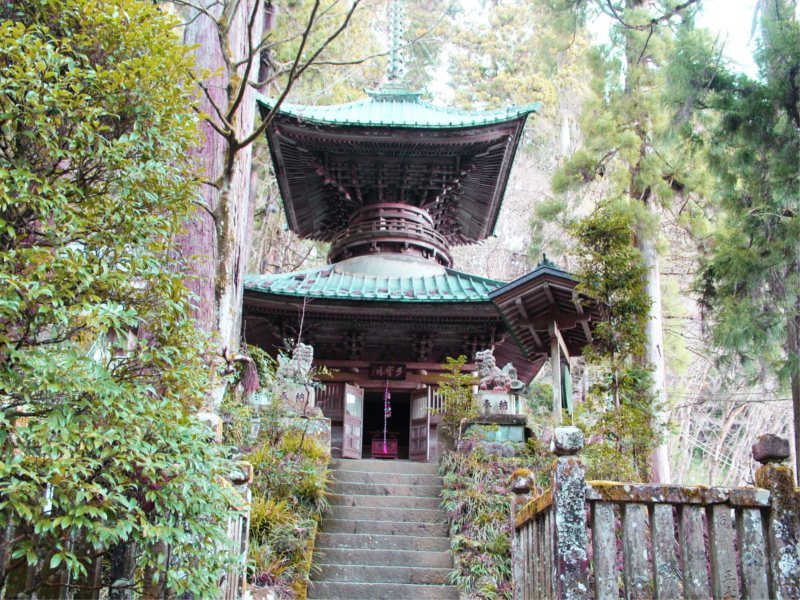 Contrary to Shinto shrine, near the temple there is a big bell. Ringing the temple bell can be perceived as a symbol to finish the old year and welcome the new one. Instead of fireworks, at midnight on December 31st, no matter where you are in Japan, you will hear the ‘joyanokane’ the ringing of a temple bell 108 times before the new year starts. The origin of this ritual ending the old year, is thought to help to overcome all temptations a human being can face. Actually each ring represents one of 108 earthly temptations a person must overcome to achieve nirvana. People come to ring a bell not only at midnight but at next day as well. New Year is much more meaningful and traditional holiday, than in Poland. I’m very very glad, that I could see Japanese New Year’s celebration in real. If you will be in Japan during New Year Holiday, you should definitely perfect time to visit Shinto shrine and Buddhist temple to compare two ways of practicing religions by Japanese. Also, Daiyuzan Saijoji Temple is full of old, historic buildings and monuments and it’s worth seeing anytime!