Fuma Ninja Festival is a celebration of the ‘Fuma Clan’ ninjas who are said to have served the Odawara Hojo family in the warring states period. Recently, Fuma ninja appears in video games and manga and his image became more famous. The event was held on 27 and 28 August in the Odawara-Joshi Park. People over 18 years old, could take part in the ninja competition after the registration. Me too wanted to try hand at playing ninja game.

From 15 people, who took part in the competition, there were only 2 girls. Before we started, organizers had divided us into two groups and explained the rules. The first part was ‘shurikenuchi’, which means ‘throwing shuriken’. This weapon is commonly known in the West as throwing stars or ninja stars. Before throwing, the participants had been introducing themselves by making some original poses and showing off their costumes on the main stage. Except of results from the particular games, the jury estimated general image of ninjas. ‘Shurikenuchi’ part had been checking our ability to concentrate and technique skills. It was much more difficult, then I thought and I barely received 2 points.
The second one, was the game called ‘zip line＆tiptoe’.Ninjas had to climb the ladder, go down the zip line and walk through the bar of wood on tiptoe. During this game, there were checked our reflex and agility. I felt the pressure and stress during this part of game, but I was trying to do my best and make the task as fast as I can. 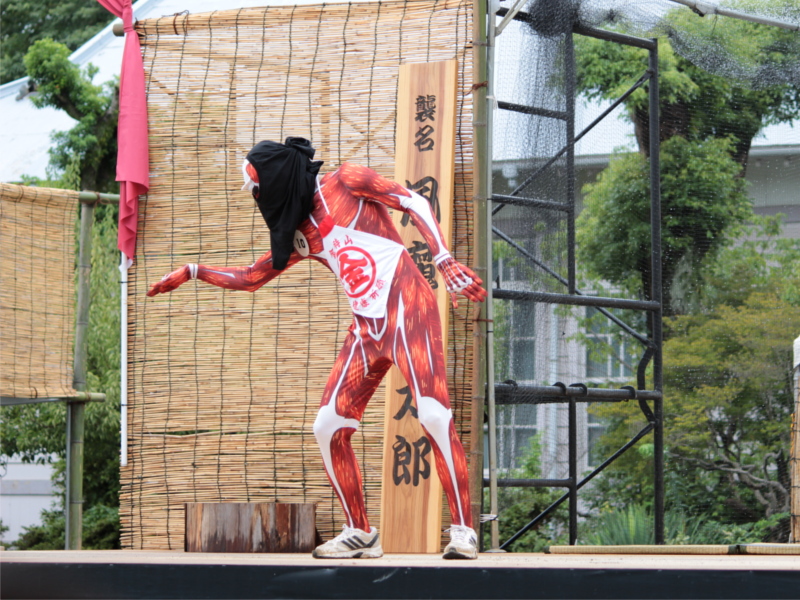 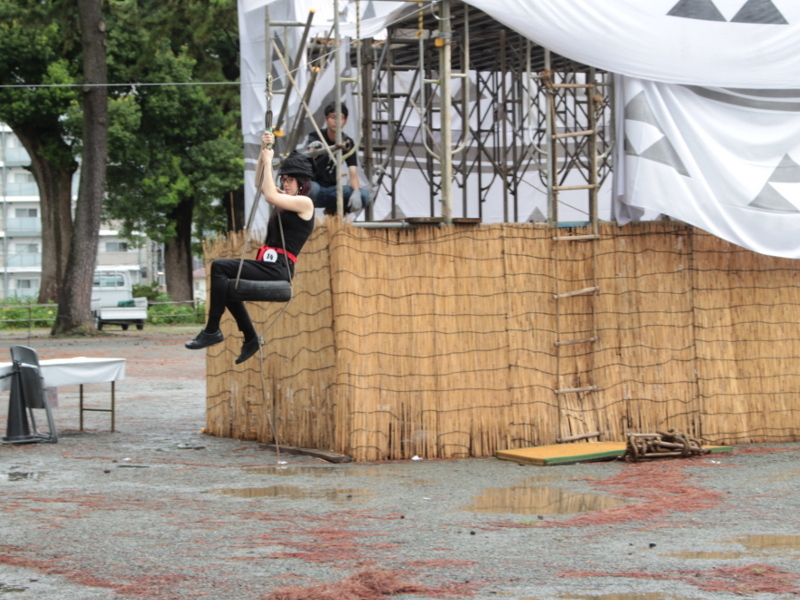 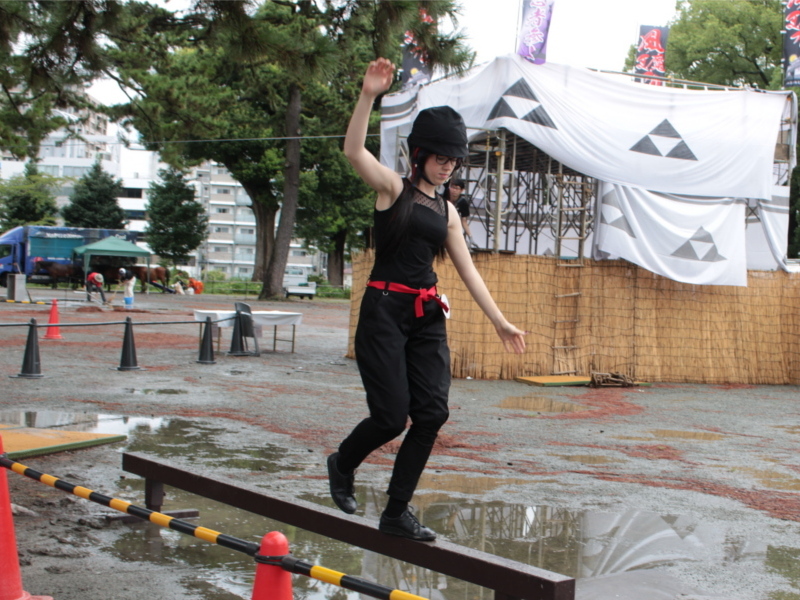 Events and the final game

Before announcement of results, we had been watching performances on the main stage. Ninja group presented the weapons and useful tools of ninjas and they explained how to use them. During the performances, they showed off really great fight, which looked very professional and serious.
As the only two ninja-girls, we both got into the final group of six ninjas. The jury had to select girl and boy ninja winners after three games. Unfortunately, I had won only one of the games, which was ‘holding breath under the water’. I managed to hold my breath by 1 minute and 5 seconds. During the next game, we had to throw the opponent from the landing by pulling the rope. The last one was ‘shurikenuchi’, which was exactly the same task, like in the first part, but it wasn’t easier at all. 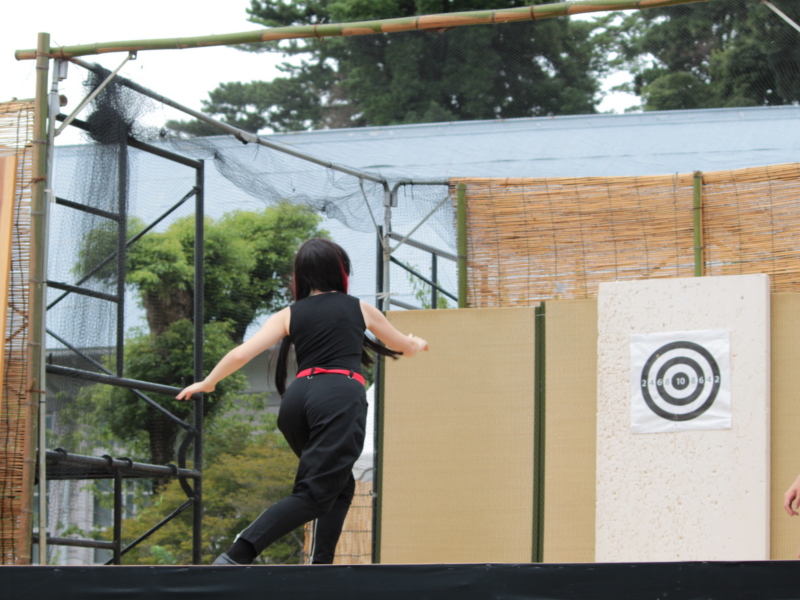 I had been filling the atmosphere of rivalry among the participants during the game, but I had seen that they support each other as well. For me, ninja competition was really great fun. Pretending to be a ninja by wearing the costume and the wig, made that I moved into the childhood. If you like cosplay and ninja games, let’s come next year!