The Japanese New Year called ‘shogatsu’ is the most important holiday in Japan. While in Polad Christmas decorations are still visible even long time after the Christmas, in Japan they are replaced for New Year’s ornaments at 25 December. The most characteristic and common known New Year’s custom is ‘hatsumode’, which means the first Shinto shrine or Buddhist temple visit in a New Year. Today I would like to tell you about my New Year’s visit in Hiratsuka Hachiman Shrine. As a reporter of the fuji-travel-guide.com, I visit many Japanese temples and shrines, but I haven’t ever seen such a crowded shrine like at 1 January. Most of Japanese don’t go to shrine regularly, like Christian to a church, but only for special occasions and at 1 January. Near the most popular shrines and temples, traffic is leaded by urban services, because of too high number of cars and people.
When I walked through the tori gate, I saw a lot of lined up people, who waited to get before the main shrine’s altar. I heard that in case of the most crowded shrines, you have to wait even over 1 hour. Before a prayer, people cleansed themselves at the purification fountain. The rule is, to take a ladle, fill it with water, and pour it over your left hand first, then your right hand. Pour water into your left hand and rinse a mouth, then pour the water over a left hand again, and finally, lay the ladle down at an angle so that water runs down the handle. When you finally get before the shrine’s altar, the standard procedure for offering your prayers is “two bows, two claps, one bow.” Ring the bell and throw in your offering money, then bow twice towards the altar. Clap your hands twice then put your hands together and pray. Finally, bow once more. I didn’t pray like all those people, because I’m a Catholic, but I carefully watched praying Japanese and all of them respected those rules.
The next characteristic thing related to shrine’s visit is fortune-telling paper strips called omikuji. After drawing one stick, where your fortune is written from a box, you are given a piece Great Luck, Luck, Small Luck, or Ill fate, with a short explanation added. If you draw lucky lottery, you should keep it as a talisman. If you draw ill fate, you should draw again. If you get a bad fortune again, you are supposed to fold the strip of paper and tie it to a nearby wall of metal wires to get rid of a bad fortune. I don’t really know, if Japanese believe in a fortune written on telling papers but they were really excited during drawing and reading the texts. 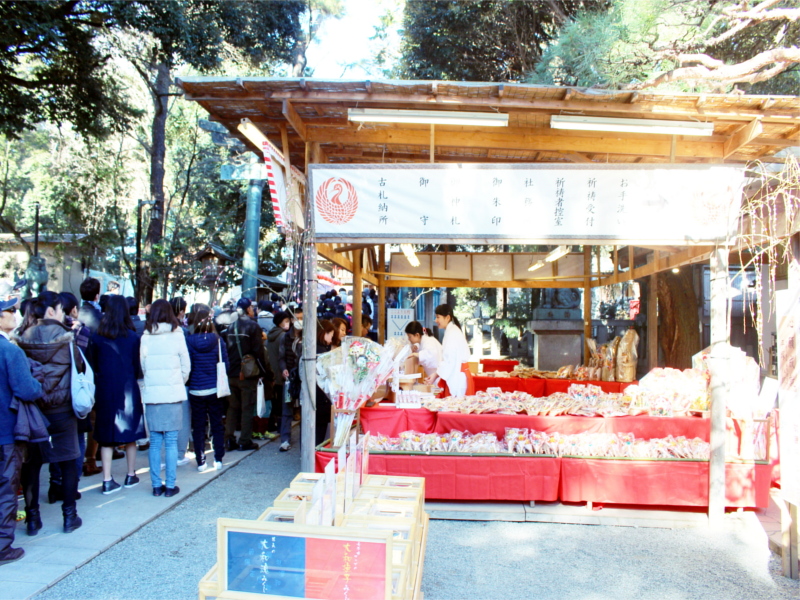 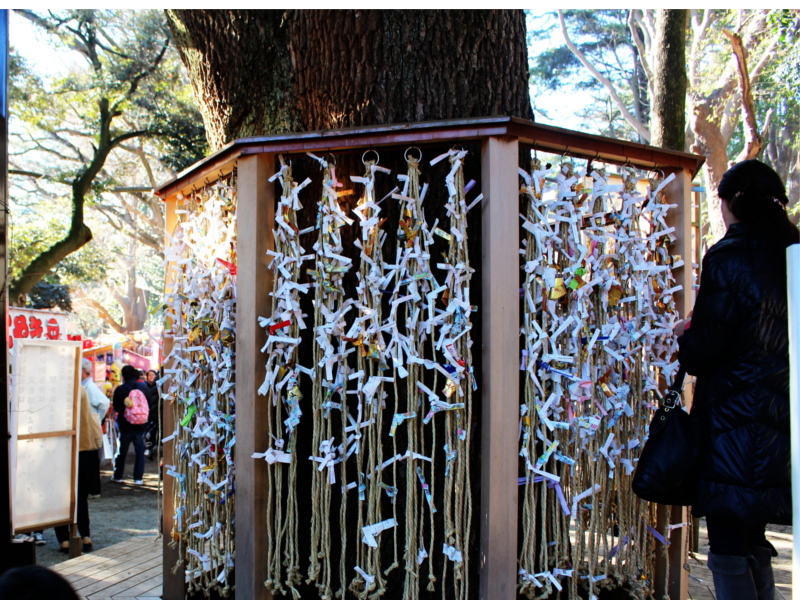 In the area of Hiratsuka Hachiman Shrine, there is specious garden and several ponds with small bridges. New Year’s day was very sunny and warm and people were willing to walk around the shrine’s area. Also, there were many stalls, where New Year’s decorations were sold. I don’t know meaning of all those things, but one of the most popular accessory was kind of a bow used to drive off evil. To be honest, it looked like an usual children’s toy, but I guess, that it’s very important thing in Japanese house. According to the Chinese Horoscope calendar, which is respected by Japanese, 2017 is the Female Fire Chicken year. That’s why many people bought near the shrine wooden plates with a chicken’s image. 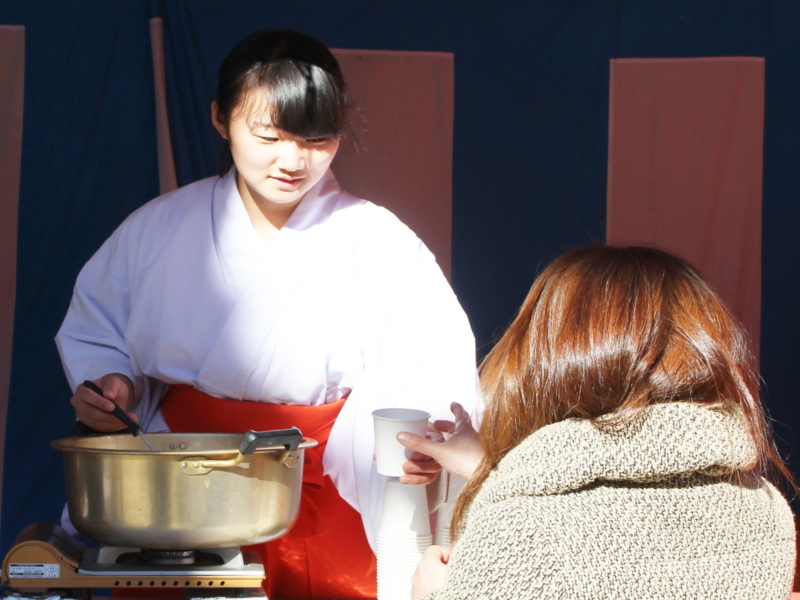 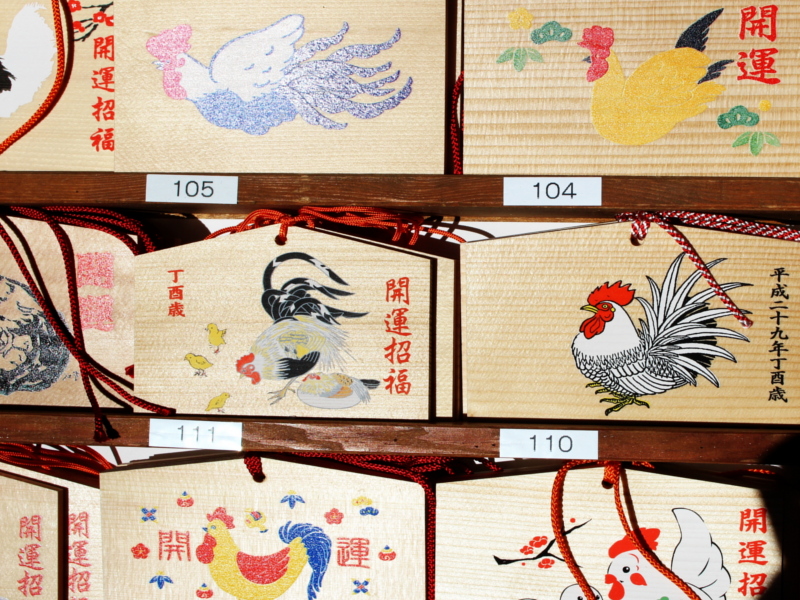 New Year Holiday is much more meaningful and traditional holiday, than in Poland. I’m very very glad, that I could see Japanese New Year’s celebration in real. You can read everything about a different culture on the internet, but you can’t feel the special atmosphere of Japanese New Year, until you sit with a cup of amaze drink, listen to the shaminsen concert and look at the praying Japanese. If you can go to Japan during New Year holiday, don’t hesitate to come and enjoy it!