‘The Seven Falls of Kawazu’ is the spot of seven waterfalls in the mountains above Kawazu Town in southeastern Izu. All the waterfalls are quite close from each other and you can watch all of them by walking along the same route. A pleasant walking trail is adapted to tourists and leads for about one kilometer through the forest and past the waterfalls. On the walking trail there are many bridges, stairs and vantage points, from where you can watch amazing lanscapes of waterfalls. 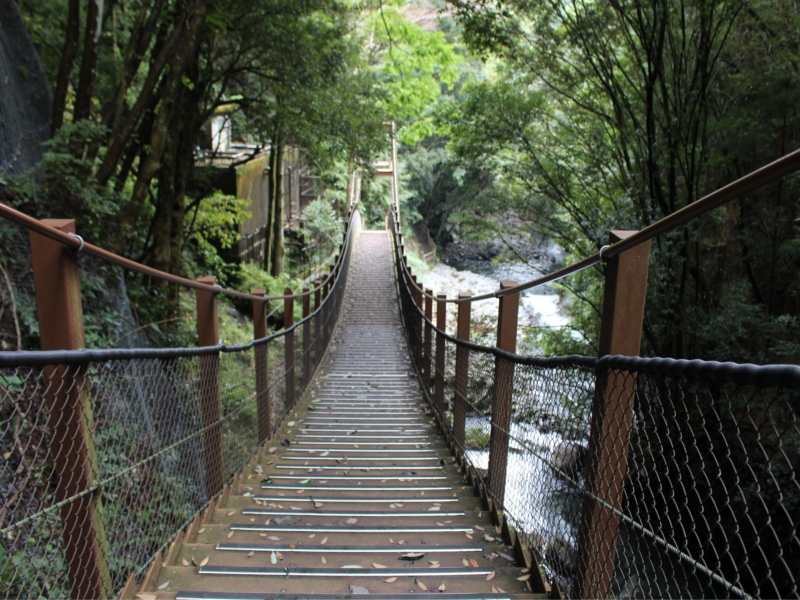 Route starts from `Mizutare`, where I got off the bus and walked towards the first waterfall called ‘Kama-daru’. The closer I came, the louder sound of rushing water was. When I had came down the stairs, I saw the tallest waterfall I have ever seen in my entire life. I could feel the strong splash of water very well. Even when I stood far away from rushing water on the observatory deck, my clothes got a little bit wet. Because of the magnitude of this, it’s definietly the most impressive waterfall from all. In spite of spicious observatory deck, you can watch the view of waterfall from stone road and ‘Darudarudandan- Bridge’, then you can take a lot of photos of the same view from different points. The second one is called `Ebi-daru`. In fact in Japanese ‘ebi’ means ‘shrimp’. The fall named after its appearance like a tail of shrimps. In addiction, rocks of the ‘Ebi-daru’ are more slippery than in cases of the other waterfalls, because long time ago, lava had been flowing there. The next waterfall is called ‘Hebi-daru’, that word for word means ‘Snake- waterfall’. When I read this name, I thought, that it comes from narrow and long shape of the waterfall, but actually, it is named “hebi-daru” because the pattern of basalt rocks around the waterfall looks like scales of snakes. Reputedly the unique pattern can be clearly seen from the ‘Kawazu Odoriko Takimi-bashi Bridge’, but I couldn’t really notice the similarity. 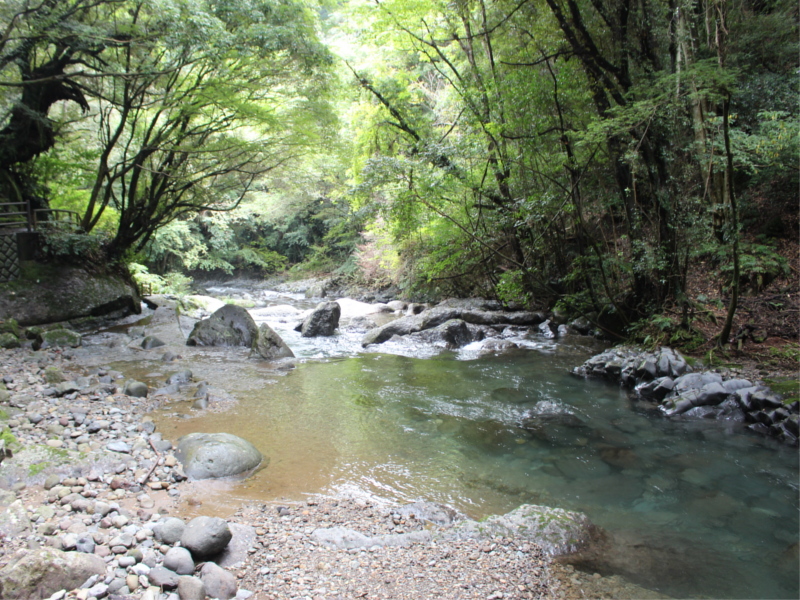 When you walk down the stairs, you can see the forth waterfall, called ‘Shokei-daru’. What’s interesting, near the waterfull there is a bronze statue of ‘Odoriko and me’. It matches perfectly to the white streams of the fall and it’s known as a one of the popular photo spots. Sculpture is related to the famous book called ‘The Dancing Girl of Izu’ of Japanese writer and the Nobel prize winner- Kawabata Yasunari. Story of this book takes place on Izu Penisula and it’s associated with the region of Kawazu Town. For the people, who need to take a break from walking, this the best place, because there are many benches, from where you can watch beautiful views. The next waterfall called ‘Kani-daru’ is quite small, but what makes it unique is, that floating water is pure white and make a beautiful contrast with deep blue water. The last waterfull I had been watching is made from 2 rivers meet here to make 1 stream, and it’s named ‘Deai-daru’. The clear blue color of waterfall basin is really impressive and it remindes me trip to the Plitvice Lakes in Croatia, where there are many lakes colored with the same magic blue. Height of the seventh one called ‘Oo-daru’ is approx. 30 meters and it’s the biggest waterfall from all, but unfortunately it’s not currently open for visiting. You can watch it only as a guest of onsen located near this waterfall. However, I wasn’t disappointed, that I couldn’t see it, bacause after walking along the trail of amazing lanscapes, I was fully satisfied. 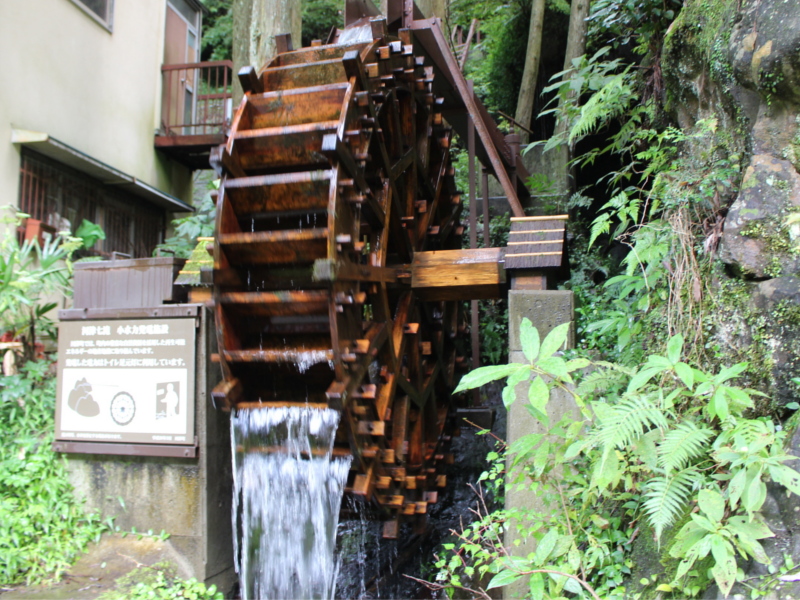 ‘The Seven Falls of Kawazu’ is definietly one of the best tourist spot I have ever seen. I hope to remember theese great landscapes for a long time. Moreover, trial is perfectly adopted to tourists and there are many installations, as the bridges and stairs, which make the route very easy even for children and the elder people as well. Then, if you will be in Kawazu area, you should definietly visit this place!