The Nanakusa-gayu was eaten due to the belief that eating it would bring about longetivity and good health. This was because prior to the Jinjutsu there were relatively little greens in meals due to the time of the year. Also, the porridge provided a well-deserved rest for stomachs after excessive eating over the New Year celebrations.

In our office, we decided to uphold this tradition by cooking our own Nanakusa-gayu. 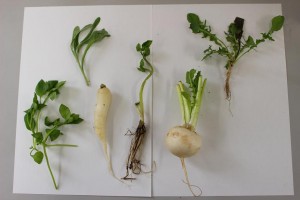 The herbs were cut and cooked in water. 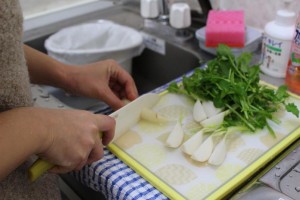 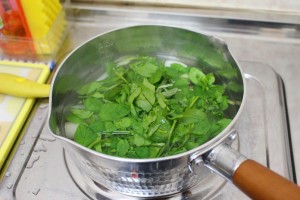 The cooked herbs were then put in the porridge and the Nanakusa-gayu was ready to be served. 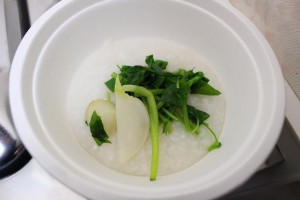 As for the taste… it was exactly as I expected it to taste. Just imagine porridge with some some vegetables in it. That was exactly how it tasted.

Even though it defeated the purpose of eating the Nanakusa-gayu, we got ourselves sinfully delicious side-dishes to go with the porridge. 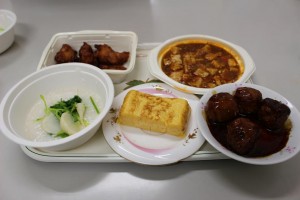 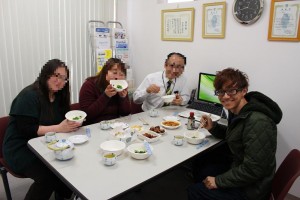 Through the porridge, I had gained further insight into traditional Japanese culture. There was still so much for me to learn about the land of the rising sun.