Shimoda Floating Aquarium is a circular aqarium floating in the sea by the port of Shimoda in the southern Izu Peninsula. The enormous water tank has a capacity of 600 tons and is home to more than 200 species of fish. Visitors can enjoy the sight of sea otters being fed and shows featuring sea lions, seals, penguins and dolphins. One of the most popular attractions is the chance to play with the dolphins. 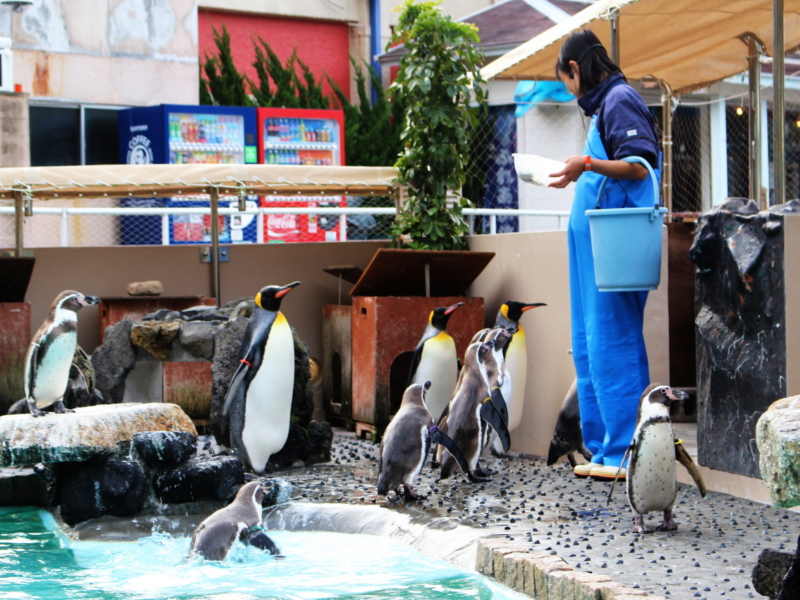 Near the entrance, every visitor gets the map of aquarium with the showtime schedule. It’s really hard to see all the animals by just walking around the aquarium, beacause most of them are hidden in the water. However, they are seen in their full form during the shows, which follow one after another for all day. At first, I came for the Fish Feeding Show, that took place in the big, round building. I sat with other visitors in front of the large aquarium glass and suddenly I noticed, that except of fishes in the aquarium appeared the Santa Clouse! Due to the soon coming Christmas, the aquarium’s worker dressed in the Santa Clouse costume and he was feeding fishes like he would give them away Christmas presents, because he was bringing the fish food out from the Santa Clouse’s bag. It was really great show not only for children. I was really impressed by staff’s ingenuity! Then, I came to watch one of the most impressive performance of the aquarium, the Dolphin Show. Three dolphin’s trainers gatchered on the shore and lured the dolphins by food. Dolphins were really well-trained and they were doing exactly what they were ordered to. They were jumping out of the water several meters high and I have no idea, how such a heavy animal can jump as high… However, the most impressive part of the show was, when one of the trainers stood on the dolphin’s back and then, dophin moved forward really quickly. Trainer was moving on the water surface just like he would surf! 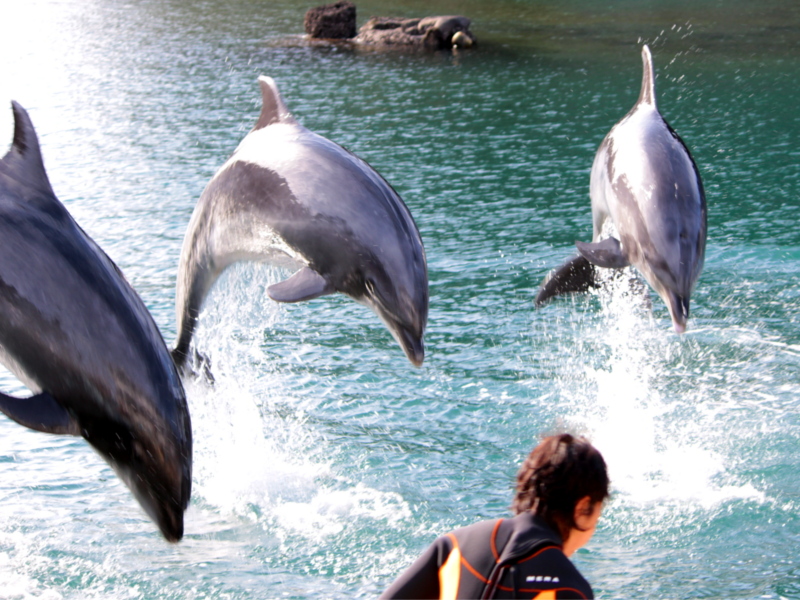 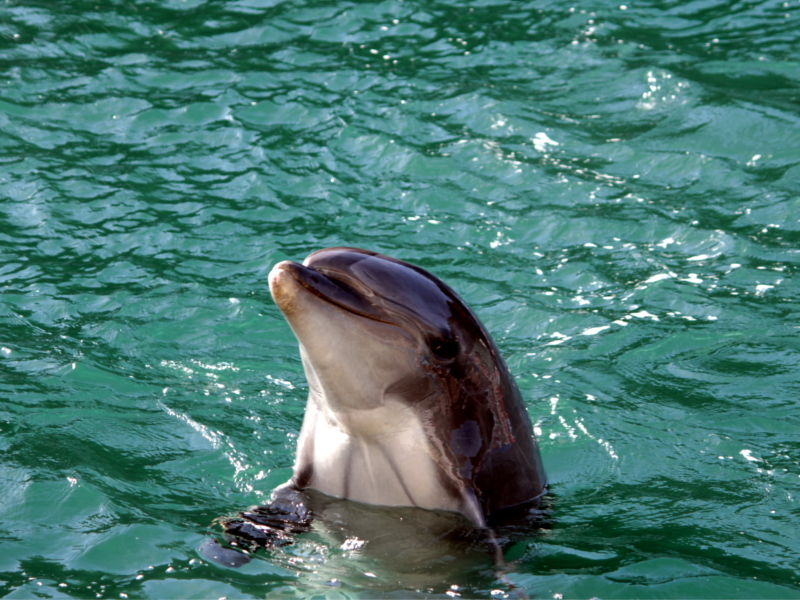 After, I came on the Seal Show. Three charming seals swam up close the aquarium’s glass and they were moving just like dancers. Then, one of the seal went out from the water, and all the visitors could stroke it and take a pictures. When I was moving to the next section, I saw, that two left seals in the water are holding the board with the ‘Marry Christmas’ inscription. Surely, this view captivated all the visitors!
The last one I watched, was the Sea Lion Show. People sat in front of the large pull and could see it inside through the glass and outside as well. Show was very variable and trainer was using many accessories, like rings, balls and so on. The most impressive part was, when the chunky sea lion climbed up the ladder and he jumped into the water from very high! 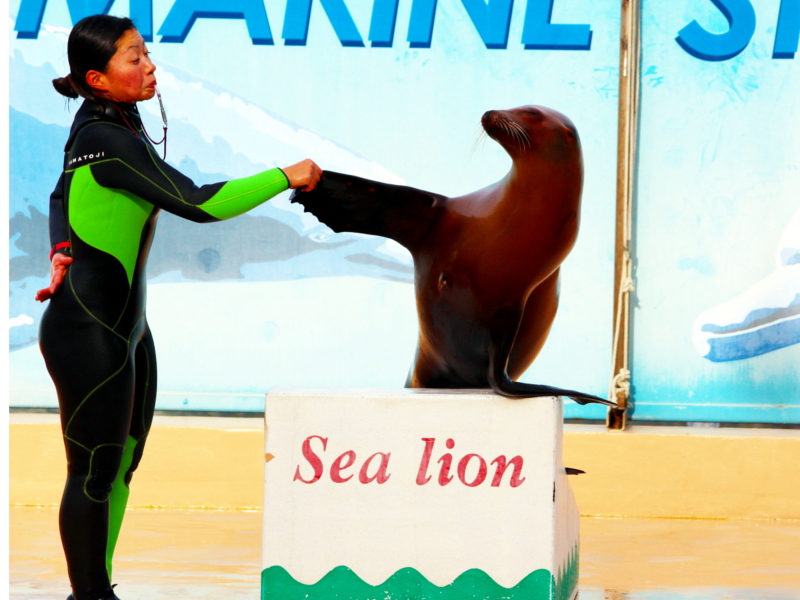 Aquarium seems to be quite small, but actually it’s full of attractions. It’s fun to visit for a couple of hours on a clear day. You can get good views of all the fish and other marine animals they have. The dolphin and sea lion shows are also incredible to watch. You should definietly come here, if you will be in Shimoda!