Izu Waxwork Museum is famous for one of the greatest waxwork’s collection in the region. You can see there wax models of politicians, historical figures, world-famous celebrities and comical characters.

Museum is quite big and seems to have a lot of mazes. When you walk along the museum’s route, you can see many famous personages, that you know from textbooks and documentaries. Background of scenes is perfectly fitted to the particular wax models and periods, so you can easily feel unique atmosphere of old times. What attracted my attention at first, was Japanese imperial couple, who had been sitting in a luxurious room. Except of Emperor Akihito and his wife, there were some government officials as well, but I don’t know their names at all. Next exhibition included wax models of famous politicians, who had meaningful influence on world’s historical incidents. For example Mohatma Gandhi or Bill Clinton’s models. 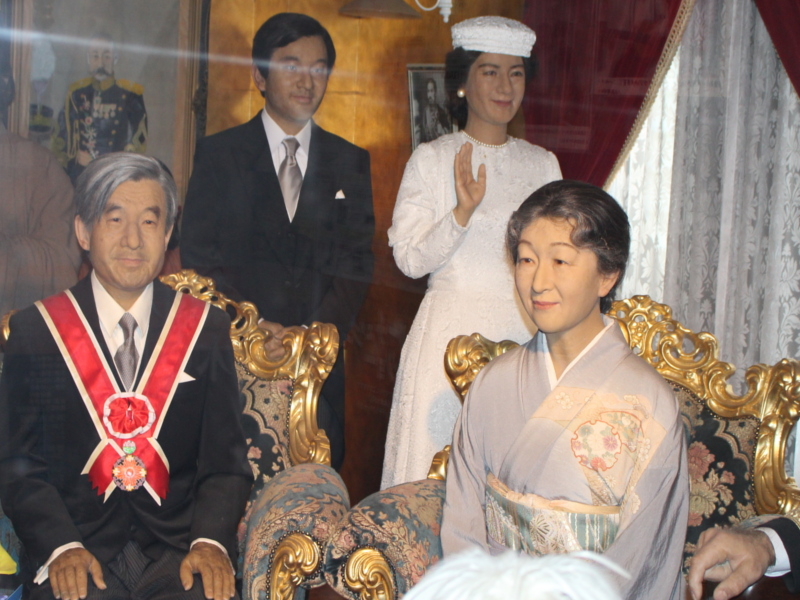 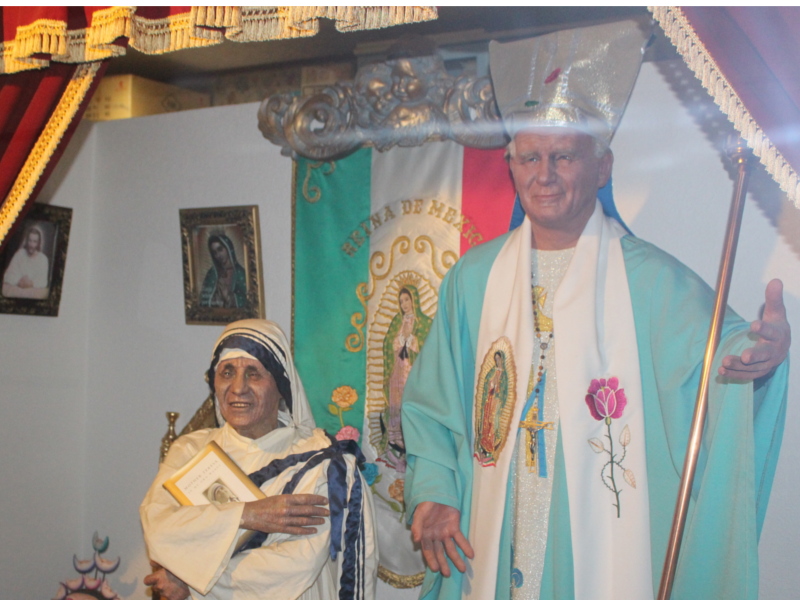 In the museum there are wax models of musicians, who present various music genres. Because of different periods, Bach, Beethoven and Mozart couln’t appear in the same place and time. Although, one of the scenes in the museum includes wax models of all of them, as the greatest composers of the world. Moreover, there are wax models of ‘The Beatles’ members during the concert. Funs of this band can easily imagine there, that they are standing before the real stage! In case of Japanese visitors, worth seeing model is Ishihara Yujiro’s figure. I haven’t ever heared his name before, but he was famous Japanese singer and actor.
One of the most precious exhibit of the museum is waxwork of ‘Last supper’ painted by Leonardo da Vinci. Jesus Christ and his 12 Apostoles looked exactly like in the original painting. Maker of this waxwork cared for relfection of every detail of the painting and he created magnificent piece of art.
One of the most surprising figures, were wax models of the tallest and the fattest people in the world. I had seen them on the photos in newspapers or in TV programmes before I visited this museum, but view of these people in real sizes was really impressive. 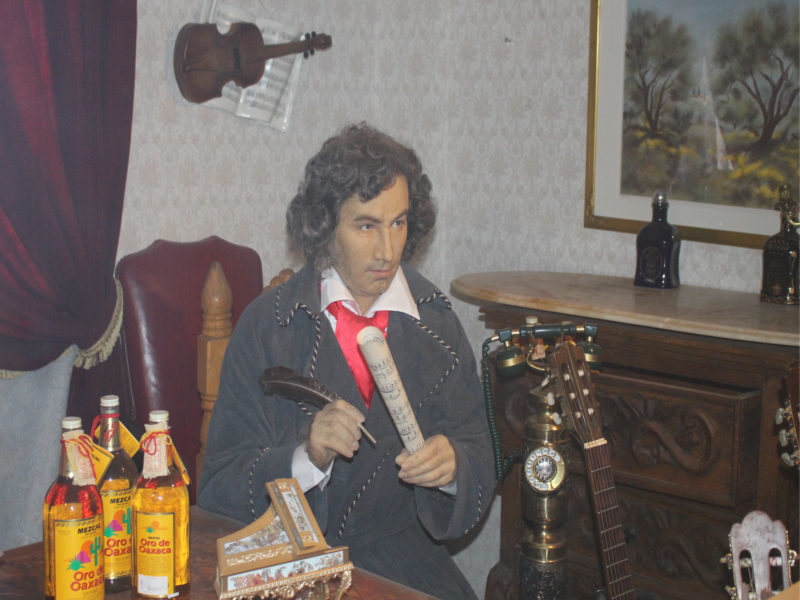 Visit in the Izu Waxwork Museum makes, that I will memorise faces of famous musicians, politicians and the others for a long time. I thik, that it’s the best losson for children, who don’t know history and world-famous people as well as adults. I’m sure that in the museum full of waxworks everyone can find something interesting. All of figures are made in real human’s sizes, what makes that you can almost feel that they exist in real! Let’s come to experience it!